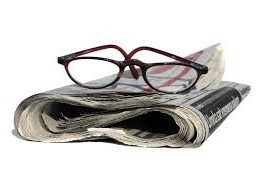 Since 2009 efforts have been made, by the U.S. Preventative Services Task Force (USPSTF) and others, to decrease access to mammography screening for breast cancer in the United States (Kopans, 2014, p. 1). The USPSTF recommended an increased age to start mammography screening, from 40 to 50, even though, their computer analyses revealed:

The increase in recommended age was viewed by the public as an attempt to reduce healthcare costs at the expense of women’s health. After the public’s immediate outcry, the Obama Administration finally showed their adversity to the USPSTF when the Affordable Care Act was signed into law in 2010. The ACA mandated insurance coverage for mammography screening for women in their 40’s.

Since the U.S. started screening mammography in the 1980’s, there has been a steady decline in the breast cancer related mortality rate (Kopans, 2014, p. 1).

While improvements have been made in cancer treatment, studies show that screening is the main reason for the decrease in breast cancer related deaths for women who begin screening at age 40 (Kopans, 2014, p. 1).

“In one Swedish study…researchers found that 30% fewer women in their 40s who were screened died from breast cancer compared with those who were not screened.” (Kopans, 2014, p. 2)

Current efforts to reduce mammography screening, known as “risk-based screening” expose women to regular mammograms only if they have a high risk of developing cancer. However, statistics show that:

Mammography screening can’t detect all cancers; however, research shows that many lives that are saved can be attributed to screening. “Women should be informed there is no biological, medical, or scientific reason to delay screening until age 50” (Kopans, 2014, p. 2).