The best part of living a long and healthy life is spending time with those you love. Millions of women schedule their annual breast cancer screenings for this very reason. So when a new technology comes along that improves upon traditional mammograms, we think women and their loved ones ought to pay attention. In […]

As reported in a January  9, 2013 Press Release by Hologic: The Oslo Breast Cancer Screening Trial Concludes that the Use of 3D Mammography in Combination with a 2D Breast Exam Finds Significantly More Cancers than a 2D Breast Exam Alone First large-scale, peer-reviewed prospective clinical study shows that adding 3D mammography to a 2D […] Mammography Saves Lives ™ Campaign Helps Clear Confusion Women confused about when to have a mammogram have a new interactive source of information http://www.MammographySavesLives.org — launching this week along with a series of public service announcements on television and radio stations across the country. To clear confusion, reduce unnecessary breast cancer deaths, and help women […]

On June 2, 2011, the Food and Drug Administration (FDA) issued a safety communication warning women and health care providers that thermography is not a safe alternative to mammography [1]. According to the Society for Breast Imaging, (SBI) the warning was issued in response to what the FDA describes as inappropriate claims by thermography facilities […] 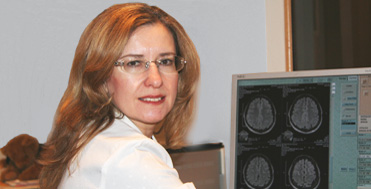 According to a recent report by the Center for Disease Control and Prevention (CDC) the number of Americans being screened for breast, colon and cervical cancers is below the targets set by the U.S. Preventive Services Task Force (USPSTF). Healthy People 2020 sets national objectives for use of the recommended cancer screening tests and identifies […]